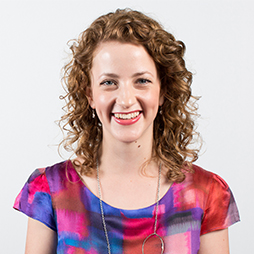 Born in Warragul, Victoria, Julia Hastings began piano studies at the age of six.  In 2013, Julia completed a Bachelor of Music (Honours) at the University of Melbourne under the guidance of Anna Goldsworthy and Ronald Farren-Price.  Whilst completing her undergraduate studies, Julia was the recipient of many Faculty prizes and scholarships, including the John Hellyar Piano Scholarship (2011) and the Gardiner Piano Scholarship (2010).

Julia is a regular recitalist and has presented many solo concerts, fundraising for the National Breast Cancer Foundation, the West Gippsland Music and Drama Eisteddfod and the West Gippsland Hospital. She has been broadcast on 3MBS in the “Live at the Convent” series and in 2013, she performed in “The Talent”, also broadcast live on 3MBS.  At the 2013 Port Fairy Spring Music Festival, Julia performed as an emerging artist at the Kawai Young Artist’s Platform.

With a passion for chamber music, Julia is a founding member of Nightingale Trio, which won the Olwyn Game Chamber Music Award (2011) and the University of Melbourne’s prestigious Athenaeum Chamber Music Prize (2012).

Julia also has a love for performing arts. As a dancer, she studied the Cecchetti method of classical ballet for 13 years. Drama is also a passion and she has played leading roles in numerous musicals and plays throughout high school and university as well as a foray into directing for The Importance of Being Earnest at Janet Clarke Hall (2012).