Born in Shanghai in 1990 and raised in Melbourne, Leon began playing the cello at the age of 8, studying with Henry Wenig.

After completing his AMusA at the age of 16, Leon entered the Melbourne Conservatorium of Music to study a Bachelor of Music with scholarships for performance. He began his primary cello 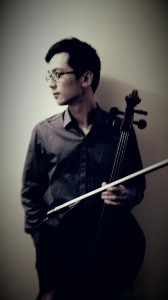 studies with Kalina Krusteva and has since performed with the Conservatorium of Melbourne Symphony Orchestra, Melbourne Youth Orchestra, Chamber Strings of Melbourne and the Royal Melbourne Philharmonic Orchestra under many established and renowned conductors, such as Fabian Russell and Benjamin Northey.

In 2013 and early 2014, Leon was part of the Royal Melbourne Philharmonic and Chamber Strings of Melbourne tour to China and Europe.

The Chamber Strings of Melbourne performed  in a multitude of European cities including Frankfurt, Cologne, Paris, Innsbruck and Venice.

Throughout the years he has also participated in numerous masterclasses, including those with renowned cellists, Howard Penny and Li Wei Qin.

He lists Mstislav Rostropovich and Janos Starker as his favourite and most influential cellists.

Leon currently plays on a 18th century German cello by an unknown maker, which was restored in 2010.