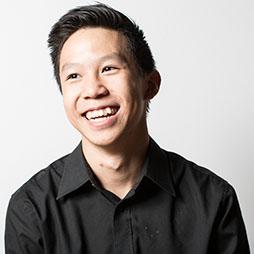 Caleb Wong grew up in a small town in rural NSW. He began studying the cello at the age of six under Takao Mitzushima and continued under Uzi Wiesel for seven years. He was awarded both the AMusA and LMusA in cello, and AMusA in piano, all with distinction by the age of 15 and was invited to perform a trio at the AMEB graduation with two of his sisters in 2014. This year will be Caleb’s second at the Australian National Academy of Music (ANAM) learning under Howard Penny.

In 2014, Caleb was granted the AYO Ernest Llewellyn Memorial Scholarship to participate at the Keshet Eilon Strings Mastercourse in Israel. That year, he was also a finalist for Sydney Eisteddfod’s NSW Drs Orchestra Instrumental Scholarship. Caleb was a Young Artist Festival Fellow at the 2015 Canberra International Music Festival. In 2016, he was a finalist in the ANAM Concerto Competition and performed the Elgar Cello Concerto with the Tasmania Symphony Orchestra. He was also awarded tied first for an Outstanding Performance in a Solo Recital at ANAM. He has been involved with many Australian Youth Orchestra programs and toured with the AYO in Europe and China.  Caleb has participated in cello master classes with Alban Gerhardt and Kyril Zlotnikov, and as a pianist with Lang Lang. He has also broadcast on ABC FM, Fine Music 102.5, and ArtSound FM Canberra.