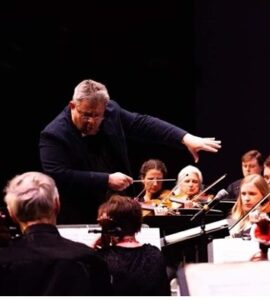 In August 2022, Gyula Cseszkó was appointed Music Director of the Maroondah Symphony Orchestra for 2023.

This experienced Conductor, Artistic Director, Music Educator and Adjudicator has had a career hallmarked with excellence for over twenty years, having conducted over forty orchestras and eight choirs. 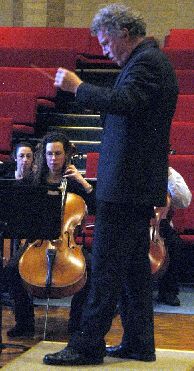 Willem van der Vis was Music Director of the Maroondah Symphony Orchestra for 29 years until 2022. During this time he greatly developed the orchestra’s skills and expanded its repertoire and in doing so has enhanced the Orchestra’s reputation within the community. We are looking forward to his return to conduct our September 2023 concerts.

New Zealand born Willem gained a BSc (Hons) in physics before he decided to focus on his real passion, which was music. Soon he was playing principal cello with the Scolar Musica (New Zealand Symphony Training Orchestra) and the Dunedin Sinfonia.

In 1979 he moved to Australia, where he became a member of the West Australian Symphony Orchestra for 7 years. In addition he has played with Orchestra Victoria and the New Zealand, Tasmanian and Melbourne Symphony Orchestras.  As an orchestral cellist, he was always fascinated by how a conductor interacted with and communicated music to an orchestra and this led him to complete his BMus (conducting) at the WAAPA  and the VCA (Robert Rosen). Conducting studies followed in Moscow, England and the Czech Republic. He enjoyed further studies with Professor John Hopkins in Melbourne.

Every year Willem conducts at orchestral workshops and music camps around Australia. Willem is also in demand as an adjudicator and holds workshops in orchestral conducting.